During production I worked a lot with Aaron. We planned out what I was going to do during editing and how Aaron would help me with cleaning the film up. I was also an actor in the film.

Collating Rushes from the Filming 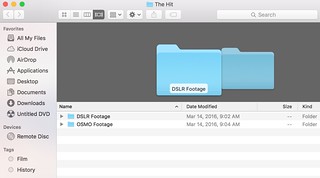 Aaron loaded all of the footage from the shoot onto my computer and put it into one folder on my desktop. We filmed on two different cameras and because I was there during the shoot and Aaron is a great teacher, I know which shots we did with which cameras making it easy to find footage. Aaron also deleted all of the shots that he knew weren’t ones we could use so I don’t have to sort through excess clips. Being at the shoot also really helped because I know in what order we filmed everything so even though it’s out of order, I know where the footage is.

Contribution to the Shooting

Time was our biggest issue during the shooting. There were some parts that we filmed slightly different to the script and just had to roll with it because we just didn’t have the time to re-film it. The changes weren’t huge thankfully.

Weather was a huge issue, it was very rainy the day we were filming and making sure we all didn’t freeze or get all of the equipment wet was an issue. I provided umbrellas for the everyone so we could stay out of the rain and in turn hopefully be warmer.

Assistance Given to the Production Team 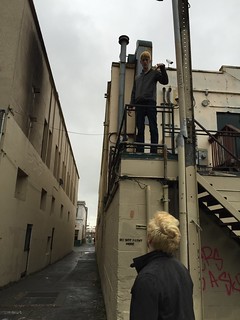 First, to help the production team I went with Jasper, our screenwriter, and Matthew, our cinematographer to look for places to shoot. 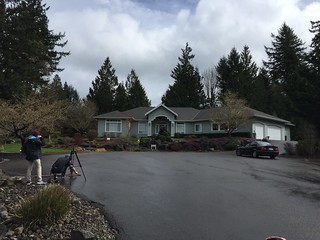 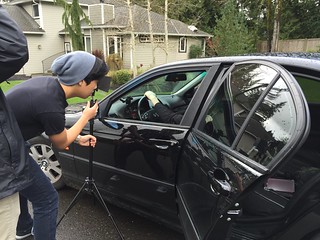 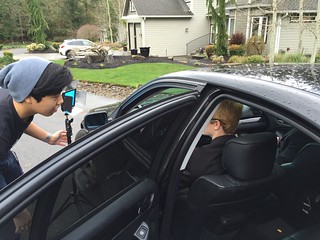 During the shoot I helped Aaron with all of his equipment. When he needed things moved or set up I tried to be there to make the shoot go faster.

I learned that shooting outside is much more difficult than I anticipated. Dealing with the weather conditions was hard but we got through it as a team. One problem we faced other than the weather was everyones schedules not fitting together. To help with this I made my schedule as flexible as possible so that we could get everyone together as soon as possible.