During the post-production process, I edited down the film little by little (we still had to film some things during this time) and tried to piece it together in an order that made sense. I talked a lot with Matthew, our director, he had a very specific idea of what the film should look like. I also got a lot of help from Aaron, our cinematographer because he knows a lot about Final Cut Pro and how to make the film look better.

The time limit was a serious issue for us, Matthew wanted to cut out a lot of the dialogue to keep some of the cooler shots in the film but I felt like they were essential to the funny parts of the film. We ended up compromising and cutting a little of both and I ended up actually loving the way the dialogue in the car scene came out, it was much more snappy which made it feel more like a conversation. 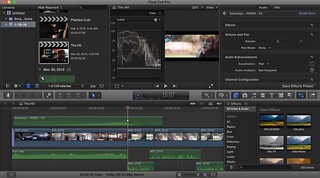 We also discussed what order the first few sequences would go in; if we would continue to build tension by putting the clip of me after the clip of the car or if we would immediately cut to the shot of Jasper in the car to bring in the comedy element. 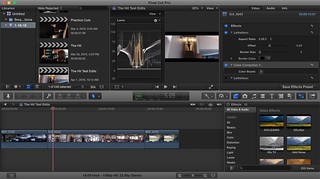 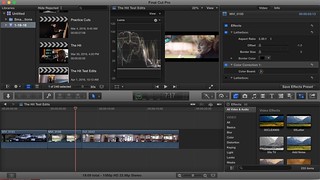 These two screenshots show the difference between having my clip after the car shot and having Jasper’s shot right after the car. The issue was if we thought it was better to build the tension and hit the comedy part hard or if continuing to build tension for longer would make the comedy better. We ended up deciding that continuing to build the tension would be better. Aaron also helped me by adding a riser over the music (not shown), which added even more tension making the shot of Jasper even better. 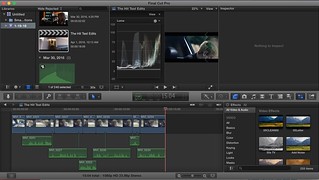 This was another issue we had, cutting down the dialogue in the car. I didn’t want to cut so much that the audience didn’t get the comedy or the context of what Jasper and Matthew were talking about, but again it just made the pace of the conversation faster so it felt more natural. I overlapped the audio on the clips so you see Jasper/Matthew after they’ve already started talking, making the camera movement feel more organic. I had to test out cutting the footage at different places so you got enough context, and the audio had to sync up perfectly with the picture. 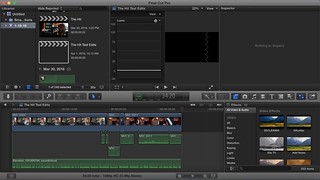 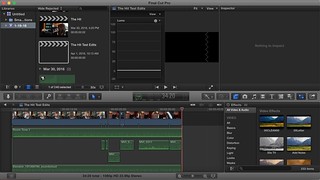 I ended up using the room tone on Final Cut Pro to fill in the blank noise. At first, I was questioning whether or not it needed the room tone, but even though the room tone wasn’t the same as the background noise in the cafe having the noise helped make it feel smooth. I also played with using some of the foley we took during shooting and tried to loop it but it just didn’t feel smooth, there were loud blips in the audio that made it hard to piece together. 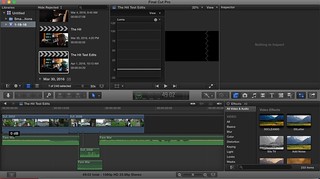 Jasper has a hilarious line that he came up with on the spot, unfortunately we were using the OSMO which doesn’t have great audio. It took a lot to get the audio loud enough to be able to understand what he’s saying. I ended up having to use a voice corrector and play with the different audio levels to get it loud enough, but it was worth it cause the line is one of the best of the entire film and it was complete improvisation.

Contributions with the Director

We decided to cut down the dialogue in the car at first for time constraint reasons but again it ended up feeling very natural. Before we ran into conflicts with everyone’s schedules, we wanted to film a “suiting up” scene to go in the beginning of the film; for some background and to build tension, but because we could only film on two days, we had to decide not to. We didn’t want to make us feel pressured or rushed to finish filming or to get certain things done. Because of time constraints on the video, we also had to cut out a montage of the BMW rolling up to my house, it wasn’t essential, but it was cool. The order of the clips was thoroughly discussed amongst the entire team; where the shot of Jasper & Matt following me in town was going to go in relation to the cafe scene and how the final sequence was going to end. We decided that it would make most sense to have the cafe scene before everything in the city because you can somewhat tell it’s not downtown. The ending made more sense with Jasper & Matt walking away, then Matt running back & that was what we decided on. 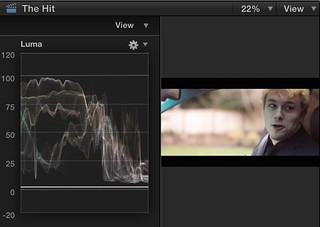 First, Aaron taught me how to adjust the shadow and highlight levels. He said that the highlights should be at about 100 and the shadows at 0. A lot of our shots were too bright so this really helped to even all of it out. 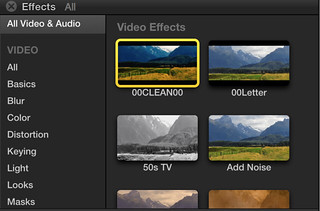 Aaron and I also made a filter that would give the entire film the look we wanted. After we made the one filter, I could drag it onto each clip. After dragging the filter onto the clips some of them were too dark so I had to color correct and change the levels again. 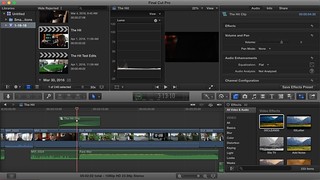 We didn’t use many visual transitions, the comedy of going between very serious and completely goofy were essential to the film. This was an unplanned visual transition; it’s just at the end of the cafe scene where Matt & Jasper walk away and the screen kind of goes dark because of their dark suits and then we go straight into the downtown scenes. 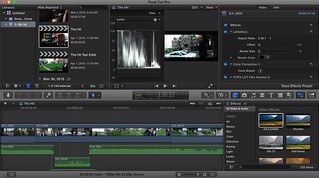 There were a lot of audio transitions in the film because we went between the intense music and the goofy music. This is an example of me cutting the music when Jasper has his funny line so you could hear it clearly. I just faded the audio in and out around it. 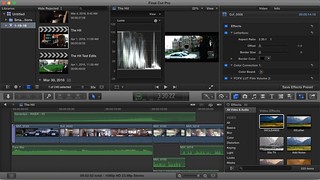 We used risers during the parts where we wanted to emphasize the intense parts which were usually followed by goofy moments which drove the comedy home. This is the beginning shots before we see Jasper & Matt in the car; the riser drops right before Jasper talks about his hair.

How I Could Have Improved The Film

With more time I would have really refined the audio, but unfortunately most of the audio wasn’t essential to the film. Some clips had some wind in the background, we filmed in bad conditions, which would have taken some time to clean up. Another fix on the audio front, I would have spent more time finding music for the film. We used a song Aaron already had on his computer for the intense moments but we didn’t think anything fit quite right. I searched through the creative commons music and settled on what we had, but with more time I could’ve found something better.

I learned that projects like this take a lot of teamwork. We spoke to each other about every decision made for the film, which was great and I learned a lot about compromise through that. I was, again, a realist on the team. We wanted to do some other shots on our final days of filming but by that point we were already over the time limit and I would have to cut down a lot. We didn’t get to do those shots, they weren’t essential to the film and I would have to cut out things that were more essential to the plot line.